Get ready for a quick reply

It's right this way.

Want to join a badass team? Have a look at our jobdesk

The digital reinvention of an iconic magazine

Since its founding in 1995, Têtu remains the uncontested leader of LGBTQ+ media in the francophone world. Its leading position is delicate and has been made possible by its flag bearers, a series of militant businessmen: Pierre Bergé at the helm for more than 25 years, followed by Jean-Jacques Augier and then Julien Maquaire. They all allowed the magazine to exist, investing at a loss, committed to the political and cultural necessity of Têtu.

In 2018, entrepreneur Albin Serviant took up the torch, backed by an impactful team combining talent from la French Tech and some of the best LGBTQ+ journalists out there.

Two years later, Têtu emerges victorious. It has reached profitability for the first time in its history, by reconnecting with its long-term audience while seducing a new one that is younger and more diverse.

From the conception and development of the Têtu site in autumn 2018 to the production of the biggest ever LGBTQ+ event organised on Twitch, we are proud to have contributed to the renewal of this iconic brand. The story has only just begun, but we’ll recount the first three chapters.

1. Financing and development of new site

First, we accompanied Têtu in the financing of its ambitious digital redesign by building a project with the Support and Development Funds for the Press, part of the Ministry of Culture and Communication.

Obtaining this financing allowed us, in under 3 months, to concept and develop the new Têtu site based on a new graphic identity designed by our studio. Endowed with a dynamic paywall, this new site targeted the growth of site visits, their frequency and their conversion to paid subscriptions.

Based on The Guardian‘s model, our paywall is A/B tested regularly to improve its efficiency. Often integrated into article pages on the site, it promotes subscription as a militant gesture.

The new Têtu site allowed the magazine to: 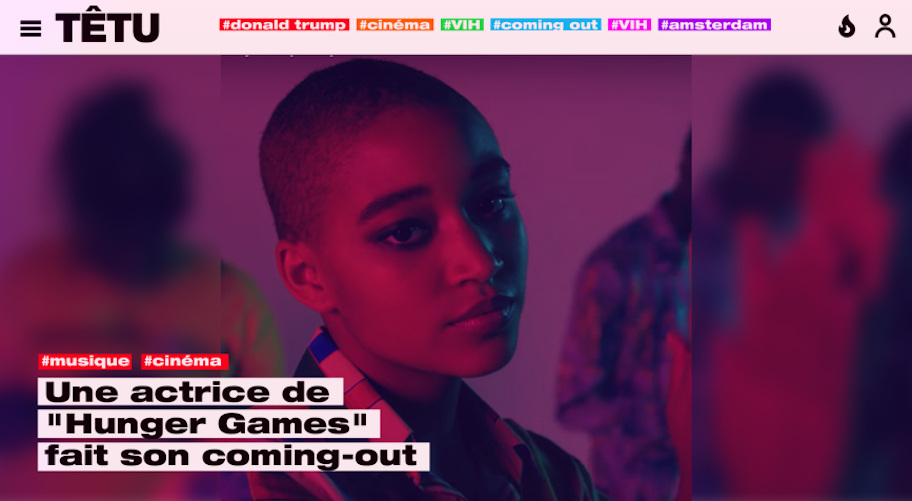 2. Better embodiment of the promise of LGBTQ+ news

In parallel to our work on the site, we conceived of and secured financing for “Minority Report,” a custom tool, through the very selective Google Digital News Initiative. This social listening tool, integrated into Têtu’s back office, allows the editorial team to stay on top of content published by accounts that they were previously unable to follow, whether they were regional media or foreign accounts.

Strongly increased interactivity, and a broader diversity of shared news, which now covers more of the entire LGBTQ + spectrum

3. Digitalisation of the Pride March

Impossible to organise Pride March on the streets? We found the right next steps. It all started from an idea we floated to the Têtu team at the start of confinement. They let us run with it. And in less than 3 months, we set up Fièr.e.s & TÊTU, now the biggest LGBTQ+ event ever organised on Twitch.

Over the course of 14 hours of the live event, we gathered more than 1.5 million participants, attracted by original programming with short films, DJ sets, master classes and more.

Leading up to the event, our creative team designed dozens of screens necessary for running the stream and all its transitions.

On the big day, our on-site director managed the production of a Twitch-stream, which was then re-streamed on Facebook, Youtube and the Têtu site. At the same time, our seasoned moderation team moderated, without flinching, any coordinated troll attacks, and they kept the conversation going all day. It was an impressive achievement, crowned by equally impressive, and real, numbers! 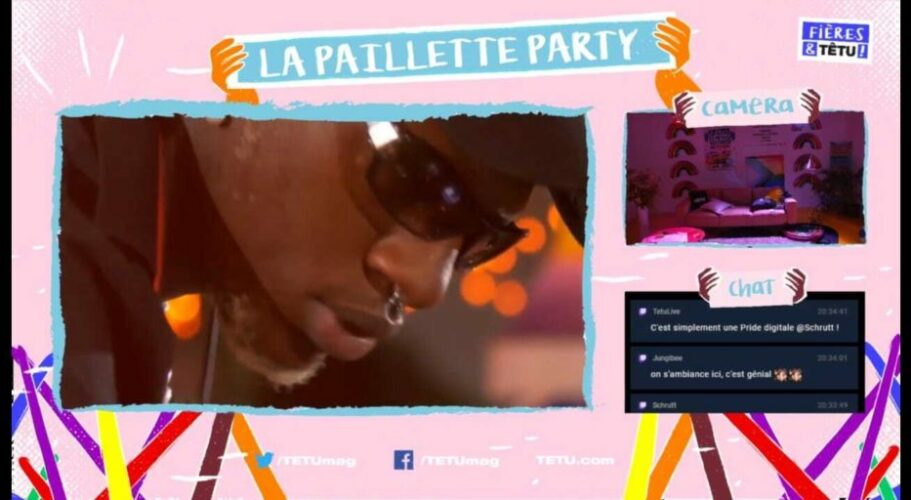 The startup spirit is in our DNA. Since 2013, we’ve co-created more than 10 startups. E-com. FinTech. LegalTech. Real estate. You name it. We’ve got the t-shirt, we’ve got the hat. Now we’ve proven ourselves with flying colours, why stop there? Send us a project. We love a challenge.

Want to join the list? It's right this way.

Hey !
In the words of Al Green ...
Let's stay together